Any kind of crop products cannot be separated from watering. Some crops may be more drought-resistant, and watering times will be less. Some crops need to be watered three or four times a day, especially in summer when water evaporates quickly. If you use conventional manual irrigation, the workload and work intensity will be greatly increased, some farmers can't achieve it at all. May be you need a farm irrigation system machinery? Which is better? 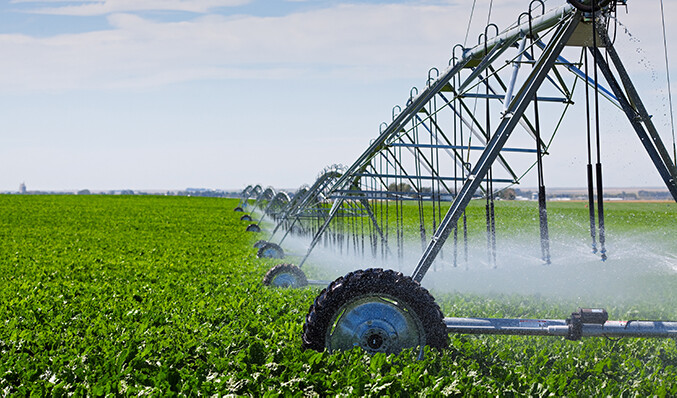 This advantage is that the watering speed is slow, which can keep the ground surface moist at all times, and save water resources. Moreover, it allows greenhouse vegetable farmers or fruit farmers to use low-pressure water pipes to put fertilizers or pesticides, so that all farm work is completed through low-pressure water pipes. What a cost-saving and labor-saving irrigation method！

This irrigation method is an improved version that combines sprinkler irrigation. Micro-sprinkler irrigation uses a rotary faucet and a radial faucet to spray the upper and lower layers of water. The soil environment is kept moist. This kind of watering method is more common in flower growers, because it can keep the flower room humidity and moisture.

Furrow irrigation is a better irrigation method applied to arable crops. First, dig irrigation ditches between the crops. Irrigation is to moisten the soil through the penetration of the ditches to achieve the purpose of irrigation. The advantage is that it does not damage the soil structure and saves water. It is often used in the irrigation of wide-row crops such as cotton, corn, and sugarcane.