How To Choose A Right Irrigation System? 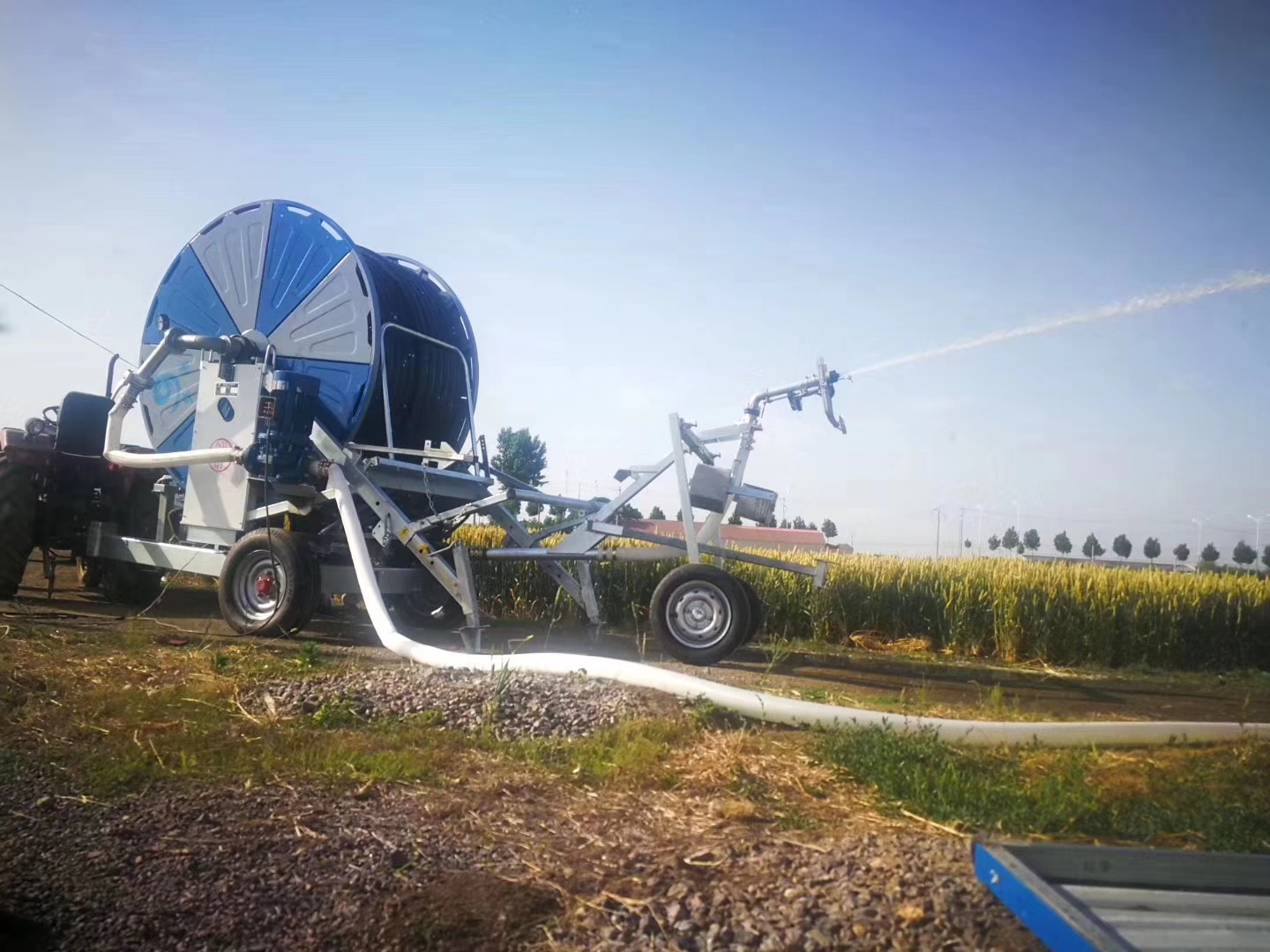 As we mentioned above, sprinkler irrigation could be divided into center pivot, linear move, and permanent set. So we are going to introduce the working principle and application of these irrigation systems.

Central pivot irrigation system is a type of mechanized irrigation system, around which crops are irrigated in a circular way. It consists of a radial pipe and is supported by a tower rotating around the center point. Along the radial pipe, the nozzle spacing is equal. When it rotates, water is released from the nozzle and used to irrigate crops.

In a system using radial ducts, water flows along a straight line along the field, with all nozzles covering the same area and having the same flow rate. Therefore, the pivot system provides a high degree of uniformity in the application of water. Because sprinklers near the fulcrum cover a smaller area, their water flow rate is smaller than that of sprinklers at the end of the fulcrum, which cover a much larger area.

Therefore, the system is used to irrigate large areas of farmland.

The primary advantage of the linear move is that it can irrigate rectangular fields up to a mile in length and a half-mile wide. A general rule is the length of run should be about five times longer than the length of the linear move. A linear would not be installed on a square 160-acre field except under special circumstances.

Due to the high capital investment, linear moves commonly are used to irrigate high-value crops such as potatoes, vegetables and turf.

The permanent set irrigation system consists of buried pipes (usually PVC plastic) and evenly spaced sprinklers installed on the riser. These systems are usually used for small areas and/or crops with high cash value, such as turf or vegetables. set irrigation system is also often used for under-tree sprinkler systems and overhead systems for hickory, for frost protection of apples, peaches, blueberries and strawberries.

Drip irrigation involves placing tubing with emitters on the ground along side the plants. The emitters slowly drip water into the soil at the root zone. ... Allows the rows between plants to remain dry, improving access and reducing weed growth. The benefits of a drip irrigation is saving time, money, and water because the system is so efficient.

Drip irrigation system is primarily used on orchard crops such as pecans, peaches, and blueberries. Besides that it is also commonly used in permanent crops currently. It is also widely used in ornamental nurseries, and a different form of drip irrigation is also being used on vegetables and strawberries grown on plastic mulch. Drip irrigation can be categorized into either "point source" or "line source" type systems.

One advantage of miniature sprinklers over drip irrigation is that they can disperse water over a larger surface area (3 to 10 feet in diameter). This is particularly advantageous in sandy soils, because the drip water tends to move vertically downward, which may result in insufficient volume of irrigated roots. Another advantage of micro-sprinkler is less prone to clogged because they have larger orifices than drip emitters.

Thus if your farm is located in sandy soils where has water quality problem, we recommend to choose micro-sprinkler irrigation system.